A thorough knowledge of CSS is a must for customizing a layout using Drupal. Today, I needed to move an input field on a form. The issue is that the field shares its Drupal defined selector class with several other fields of the same type on other forms. Fix one form by the selector, break the same field on a different form. 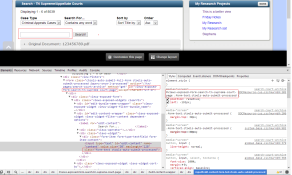 By using the CSS ID of the parent form, (which is several divs up in the HTML) and inserting a space in between the ID and the class selector, I can zero in on the particular field that I want. The other way that this would have to be done is via an intercept at the theme level, which would be more involved and require subtheming, PHP and a TPL file. Using the two selectors together is easier for someone who doesn’t want (or know how to) take that approach.

One thought on “CSS Tip – Customize without Theme Intercepts”